The “Spheres” of Earth

If you get into the nitty-gritty, you can count as many as 17 spheres of Earth. But some spheres are just part of larger ones.

So today, let’s round up a list of Earth’s spheres. From inside to outside Earth, here are the spheres of Earth.

If you started drilling a hole inside Earth, you’d first hit the crust. Next, you’d hit the mesosphere, which consists of the core and mantle. This is where Earth’s density is absolutely intense.

In fact, the deepest anyone has ever dug is just 12.7 km into the crust. But the Earth’s radius is 6,371 km, so we just barely scratched the surface! In order to better understand the mesosphere, we use tomography and seismic waves.

The crust of the Earth floats on the asthenosphere. But I don’t want you to picture it like a boat floating on water. It’s more like a plasticky substance.

The geosphere is the whole outer shell of Earth. We can divide it into the continental and oceanic crust. The oceanic crust consists of the youngest rocks on Earth.

This is where lava spews out at mid-oceanic ridges deep within the ocean. But the continental crust is the opposite. It’s old and forms the continents we live and play on.

If you could speed up time, you’d see rocks in the lithosphere continuously cycling from within the planet. The rock cycle builds all types of rocks, including igneous, metamorphic and sedimentary rocks.

If you take rocks from the lithosphere and erode them over time, you get soil in the pedosphere. Soil is just weathered rock. It’s where plants establish their roots.

Soil also has living things like bugs, worms, roots and dead leaves. This organic material is among the many soil formation factors.

All living things on land, air, and oceans make up the biosphere. In every ecosystem, organisms rely on each other as part of an intricate food web. On land, herbivores feed on plants. Then, predators consume herbivores.

The hydrosphere refers to the salt and freshwater that occupies 71% of Earth. Water is what makes Earth different from any other planet. This becomes more obvious when you spin the globe to the Pacific Ocean in Google Earth.

You’ll see one side of the planet is completely covered in water! Oceans have a complex biosphere dependent on sunlight and nutrients. Its foundation is single-celled photosynthesizing phytoplankton feeding all aquatic life in the oceans.

If you take water from the hydrosphere and freeze it, then it becomes part of the cryosphere. The cryosphere is the all-encompassing term for locations where water is in solid form.

For example, glaciers, ice sheets, frozen lakes and rivers are part of the cryosphere. There is a significant overlap between the cryosphere and hydrosphere. This is because water repeatedly changes state based on season and time of year.

The atmosphere is the envelope of gases that surround Earth. If you look at the atmosphere’s chemical composition, it’s mostly nitrogen and oxygen. Air is denser closer to Earth because of Earth’s gravitational pull. As you move outwards, the air becomes less dense.

You can divide the atmosphere into layers. From bottom to top, it consists of the troposphere, stratosphere, mesosphere, and thermosphere. Then, the thermosphere has two parts: the ionosphere and the exosphere.

The innermost layer of the atmosphere is the troposphere. Like all layers of the atmosphere, the height of the thermosphere depends on where you are located. On average, it extends about 13 km from ground level.

The troposphere contains 80% of the atmospheric mass. Most importantly, it’s the air we breathe, it contains most of our daily weather, and most air traffic flies in it.

If you move 12 to 50 kilometers upward into the atmosphere, you’d hit the stratosphere. The stratosphere is known for its large concentration of ozone (O3).

The ozone layer raises the temperature in the stratosphere because ozone absorbs radiation from the sun. Lucky for us, it also protects our skin like a shield from harmful solar rays.

Air is very thin in the mesosphere. It’s almost like a vacuum. But it’s thick enough to cause meteors to burn up and disintegrate. The mesosphere reaches temperatures under -100°C. It has very little impact on weather, air pollution and water storage capacity.

This sphere of Earth is derived from the word “ion” which means electrically charged. So, it should be no surprise that this is the sphere of Earth that becomes ionized from cosmic radiation.

It’s because of Earth’s magnetic field in the ionosphere that gives us the spectacular display of lights known as the Aurora Borealis (Northern Lights).

Its thin air is why the thermosphere has a whole fleet of satellites (and space junk) that freely orbits it. The exosphere extends to about halfway to the distance of the moon. There’s no outer edge because it gradually fades in density to the vacuum of outer space.

It’s not only Earth that has a magnetosphere. Other planets have them and it’s key for habitable life. Like a bubble that surrounds Earth, the magnetosphere protects us from the fury of the sun.

If you take the inner section of the magnetosphere and track where it consists of low energy electrically charged gas (plasma), this is the plasmasphere. At all times, the sun ejects vast amounts of plasma into the solar system.

When plasma enters Earth’s magnetosphere, Earth’s magnetic field is relatively unaffected. But during large solar storms, plasma can enter into rifts at the poles. It has the potential to disrupt satellites and network communications around the world.

Don’t forget that if you want to become an expert on our Earth, there are tons of courses offered by top universities to help you get there.

Now, it’s your turn. Did we miss any of Earth’s spheres? Bonus points if you can name any more.

Or better yet: Are we missing any spheres in the English language? Why no “forestphere”? Or “mountainsphere”? Can you think of any that should become an official sphere of the Earth? Let me know with a comment below. 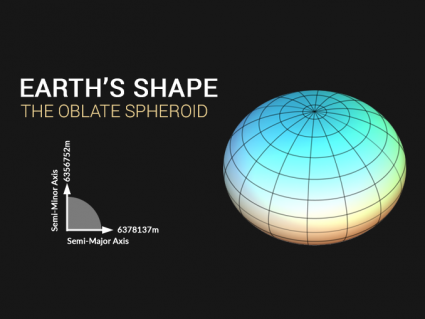 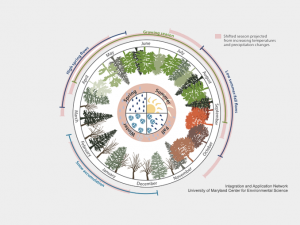