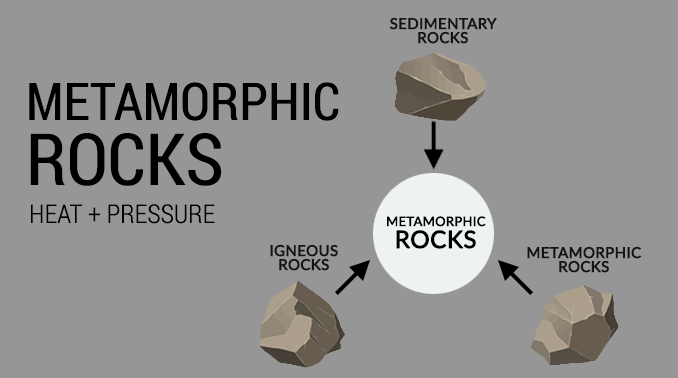 The process of formation of metamorphic rocks starts with existing rocks. Then, they undergo some sort of change due to immense heat or pressure.

For example, a rock made of sand is “metamorphosed” into another type of rock when it comes in contact with intense heat. They can’t melt because then it would be heading for the igneous state.

When it’s metamorphosed, it’s soft and pliable like cookie dough. This intense pressure for metamorphic rocks comes from inside Earth. 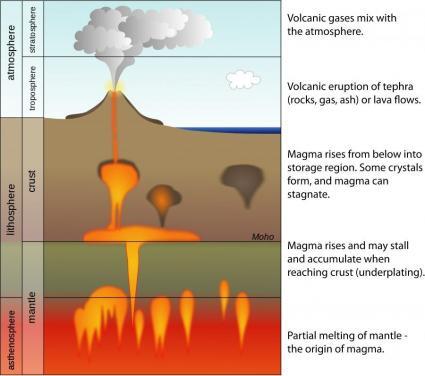 When layers of rocks come in close contact with magma, they can undergo metamorphosis into another type of rock. And this usually happens because magma plumes move to the upper part of the crust.

So, contact metamorphism involves the surrounding rock being burned from intense heat. Heat ranges from around 300° to over 800°C.

What is regional metamorphism?

It’s at faults where rocks will undergo regional metamorphism. For example, gneiss is a metamorphic that forms due to intense pressure. Gneiss is known for having bands where all the layers are squeezed.

REGIONAL METAMORPHISM: Instead of from heat, the key catalyst for regional metamorphism is mostly from pressure. For example, when there are two convergent plates pushing together, there will be immense pressure at the fault in between.

Then, if you are even more pressure to gneiss, of would melt into igneous rocks. Gneiss is usually the extent of metamorphism that we see.