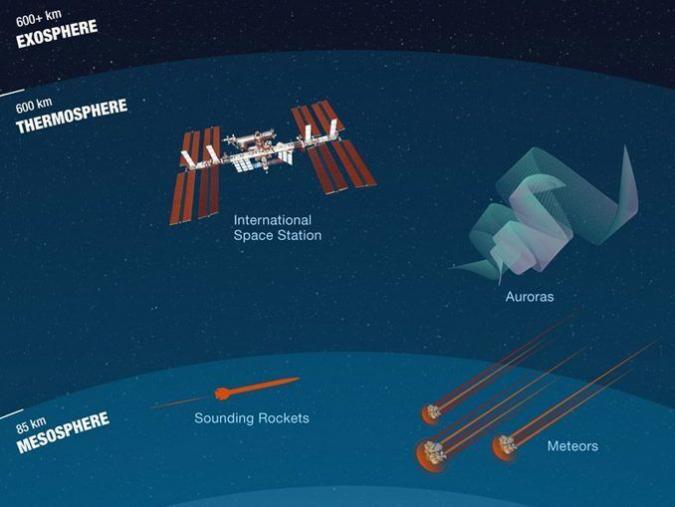 The thickest layer in the atmosphere is the thermosphere. It starts at about 80 km upwards to about 550 km altitude.

Here are some of the highlights of the thermosphere:

Which layers belong to the thermosphere? 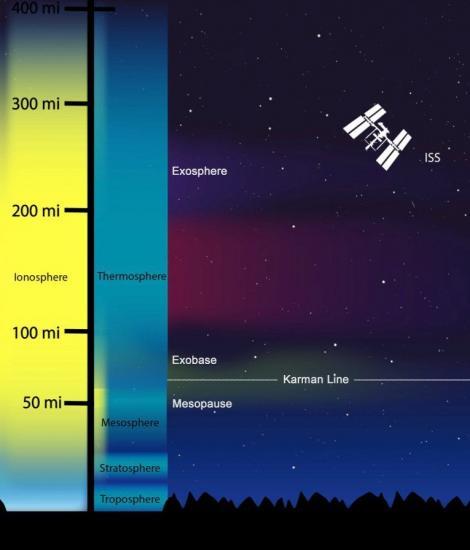 What phenomena occur in the thermosphere? 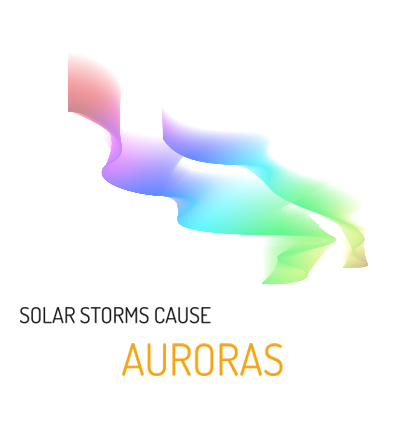 The ionosphere is where the sun’s radiation causes particles to be electrically charged. This is why the term “ion” originates in the ionosphere.

As such, this is where the aurora borealis generates spectacular displays of light. Solar winds travel down magnetic field lines creating magnificent shapes and colors.

Low orbit satellites circle the Earth in the thermosphere because the air is so thin. It’s where telephone, television and GPS signals are broadcasted to Earth. It’s also where the most expensive engineering project in history (International Space Station) orbits the Earth.

The thermosphere is littered with space junk. It’s not only decommisioned satellites. But it’s also the bits and pieces from satellite collisions that happened in the past.

In the exosphere, particles can freely escape the planet’s atmosphere into outer space. The pull of gravity is weak here. Just a small amount of hydrogen atoms are leaked out from our atmosphere.

What is the temperature in the thermosphere?

But it’s susceptible to high temperature and variability due to changes in solar ultraviolet radiation and geomagnetic activity.

Overall, temperatures are highly dependent on solar activity. In addition, electrically charged particles in the ionosphere causes temperature to rise.

How thin is the atmosphere in the exosphere?

Overall, the thermosphere has a very low density. It’s just a fraction of at sea level. And its mass is only 0.002% of the total mass of the atmosphere.

Gas molecules are far apart in the thermosphere. The density is so low that sound waves can’t travel through this layer of the atmosphere.

If you escaped into the thermosphere, your body would be frigid cold. Even though the temperature is high, there’s not enough gas molecules to transfer heat to your body.

This is also why the thermosphere exerts no significant energetic feedback to the lower layers of the atmosphere which includes the mesosphere, stratosphere and troposphere.

What is the composition of the thermosphere?

Similar to the lower and middle atmosphere, the composition of the lower thermosphere is primarily N2 and O2.

In the exosphere, it’s comprised of mainly:

The exosphere is almost like a vacuum because particles are kilometers apart. The mass of the thermosphere is very thin. It contains just a tiny fraction of the total mass of the atmosphere.

What is the Karman line?

There is no sharp boundary between where our atmosphere and outer space begins. Instead, the Karman Line attempts to define it about 100 km above the Earth’s surface.

So, if you want to be recognized as an astronaut, then you have to escape beyond 100 km into Earth’s atmosphere.

This is because this is the altitude defining the hypothetical boundary between Earth’s atmosphere and outer space. 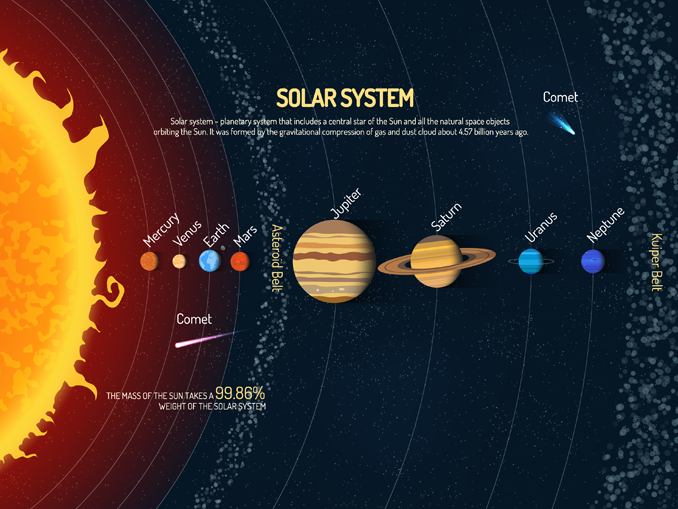 A Visual Guide to Our Solar System [Infographic] 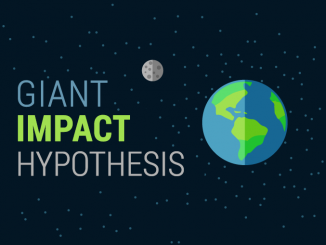 How Did the Moon Form? 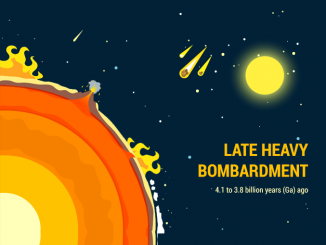 Was the Late Heavy Bombardment a Violent Stage in Earth’s History? 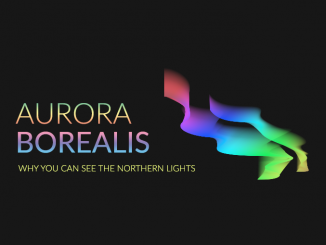 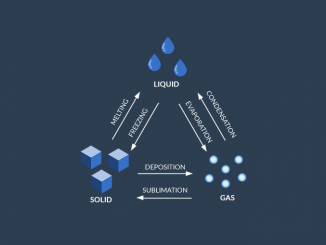