Because water is extremely versatile, it can change states into the following three forms:

Let’s take a look at the conditions water needs to transform states.

The 3 types of phase changes for water are:

There are also phase changes where water skips the intermediate liquid state:

Water transfers into phases with weak bonds continuously. So, let’s talk about some of the amazing properties of water that make this all happen.

What are the unique properties of water?

Water molecules are made of two hydrogen atoms and one oxygen atom. Thus, the chemical symbol for water is H2O.

But what’s important to know about water is that they are not symmetrical. Both the hydrogen atoms hang off the oxygen atom at an angle.

Because water has a positive side and a negative polar side, this is why H2O can dissolve other minerals. When it dissolves something, it makes it a solution.

Liquid water forms weak bonds with other atoms. It’s because of these weak bonds that water can transform into 3 phases of water continuously.

How does evaporation convert liquid water to vapor?

If you add enough energy from the sun, water evaporates into a gas from a liquid. In other words, it breaks the covalent bond of water.

When it evaporates, it isolates an individual molecule that flies off the surface as vapor. Because the water molecules absorb energy from heat, these energetic molecules stay farther apart from each other.

It takes a tremendous amount of energy to turn a liquid into a gas. For example, it requires 540 calories per gram for evaporation to occur. This is good because we don’t want all water on Earth to evaporate too rapidly.

71% of Earth is water so evaporation happens everywhere. But it happens most rapidly at the equator because it receives the most sunlight.

How does condensation go from water vapor to liquid?

Condensation is essentially the opposite of evaporation. Instead of gaining heat, water molecules lose energy from a loss of heat during condensation. In turn, they bond together from a gas into a liquid state.

Condensation is the process of forming tiny water droplets. They surround a particle of dust or salt. Eventually, they become too heavy and fall as precipitation.

For example, liquid water drips down a chilled glass of lemonade on a hot day because of condensation. When the water vapor in the air comes in contact with the cold glass, it slows down the water molecules making them stick together and form a liquid.

Overall, the start of the hydrological cycle begins with evaporation at the surface of the ocean. Next, water condenses and precipitates back into the ocean, streams, glaciers, or groundwater. Eventually, it makes its way back to the ocean. And that’s the whole cycle.

What are freezing, melting, deposition and sublimation?

When the temperature is lowered below its freezing point, water can freeze. When water freezes, it expands. In lakes and streams, the frozen ice is more buoyant and remains at the top. This unique property of water is important for life and the biosphere.

Melting is essentially the opposite of freezing. When the temperature is increased to its melting point, water can melt. This is important to understand the consequences of global warming. For example, if all glaciers melted right now, sea levels would rise about 30 meters.

Finally, the last two phases are deposition and sublimation which are complete opposites of each other. Sublimation is when a solid changes state to a gas, without going into the intermediate liquid phase. Whereas deposition is when a gas transforms into a solid state.

Water is a substance that plays an integral role in sustaining life. In fact, it is the basis for life as we know it. There are three states of water including liquid, gas, and solid, that water can transform into.

If you are interested in learning more about water science, you’ll find a lot of career opportunities and courses that will help you including the following.

Do you have any questions about the states of water? Get back to us with a question or comment by using the comment form below. 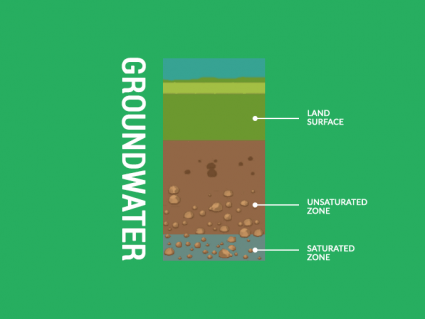 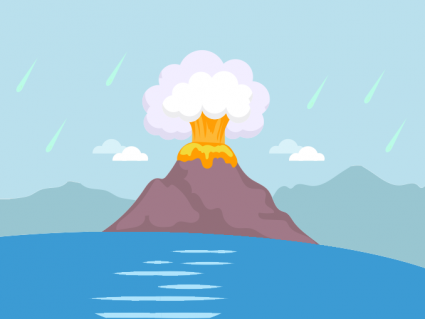