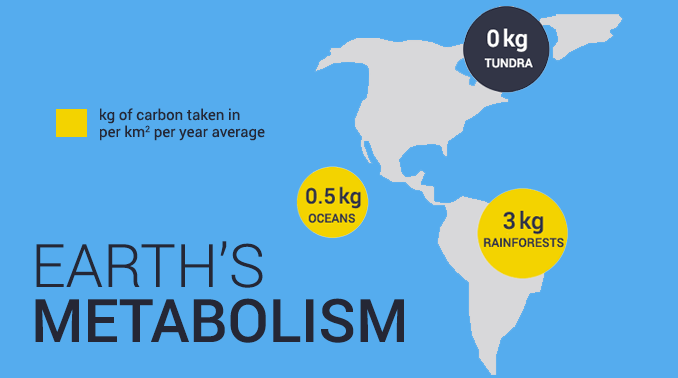 Net primary productivity is the net difference between photosynthesis and respiration in an ecosystem.

In other words, it’s how much carbon dioxide plants take in during photosynthesis minus how much they release during respiration.

Net primary productivity can only be negative if a plant’s cellular respiration rate is lower than its photosynthetic rate.

What are the most productive ecosystems? 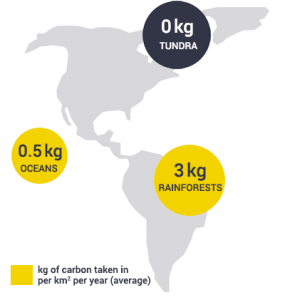 Lush tropical rainforests are the most productive places on the planet.  They also are some of the most biologically diverse places.

Whereas countries in the mid-latitudes have high seasonal variations. For example, spring and summers exhibit high productivity in North America, Europe, and Russia.

But as winter comes, the rate at which plants absorb carbon dioxide out of the atmosphere dampens.

Lush tropical rainforests are the most productive places on the planet. This mostly includes regions in South America, Africa, and Southeast Asia.

What are the least productive ecosystems? 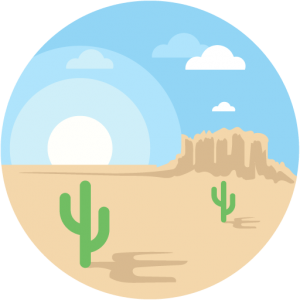 Some of the least productive ecosystems are: