“For about 4 million years, human evolution has been a long, long process. From the early hominids to modern humans, we are in the process of evolving at this very moment.”

Mammals existed during the era of dinosaurs. But they kept a low profile and remained small and fury like a hamster.

After the extinction of the dinosaurs, this marked the Age of Mammals. Because dinosaurs went extinct, mammals emerged as the largest land animals at this time.

Hominids were the early proto-humans. They were known for sharpening objects with silicon rocks. They began to master the use of their hands and fingers.

Let’s explore these early hominids (proto-humans), each species, and where they evolved geographically. And if you really want to learn more about the evolution of humans, check out some of these university courses in the theory of evolution to help get certified.

About 3.9 – 2.55 million years ago, Australopithecus Afarensis was the earliest form of hominids.

Archaeologists dug up fossils in the Afar Triangle of Africa, hence the name “Afarensis”.

Because of the importance of this discovery, it’s nicknamed “Lucy”. Australopithecus Afarensis was about 3 feet tall.

It walked on two legs (biped) and had its hands free to defend from predators.

Australopithecus Africanus is the first of the early ape species classified as hominids.

They existed from about 3.5 to 2.45 million years ago found only in South Africa.

Australopithecus Africanus were known for their slender build.

They were bipeds with curved fingers for tree climbing. They had slightly longer arms than legs.

Homo Habilis was nicknamed “handyman” because of their ability to carve tools.

They used rocks to cut and animal bones to dig into the soil.

About 2.35 – 1.5 million years ago, they had larger brains which helped their survival.

They stood at 4 feet tall and walked on 2 feet.

This species was found in Lake Rudolf in Kenya.

There’s been controversy about whether it’s a separate species from Homo Habilis.

The main difference between the two is the larger braincase size from Homo Rudolfensis.

They consumed more vegetables and likely had smaller brains.

About 2.0 – 1.0 million years ago, this type of hominid was discovered in South Africa.

They also may have used fire and stone tools.

The nickname for Homo Ergaster is “Workingman”.

This is because they built more sophisticated stone tools. For example, archaeologists often discovered hand-axes and cleavers near skeletons found.

About 1.6 – 1.3 million years ago, Homo Ergaster lived in South Africa.

They became extinct only after a relatively short period of time.

Homo Erectus “Upright man” stood about 5 and a half feet in height.

They were good at waking and running, used fire, and built shelters to protect themselves from the elements.

About 1.35 – 0.7 million years ago, Homo Erectus was found along the southern coast of Asia.

They were believed to have larger brains because they ate more meat.

They are known as “Peking Man” because these fossils were mostly found near Beijing (Peking).

These extinct hominids were known to have heavy brow ridges.

Homo Antecessor is recognized as “Human Pioneer” due to the belief they belonged to the first human population in Europe.

About 1.2 – 0.65 million years ago, Homo Antecessor was present in Western Europe.

They had a combination of modern and primitive traits and may have practiced cannibalism.

They resemble “Java man” and “Peking man” but now are extinct.

About 1.0 – 0.15 million years ago, this type of hominid was found in Indonesia on the island of Java.

They are most notable for possibly burying their dead.

About 0.7-0.4 million years ago, Homo Heidelbergensis existed in both Africa and Europe.

They were found to have craniums in the lower range of modern humans.

They are known for their out of Africa movement.

About 0.4 – 0.2 million years ago, Homo Helmei existed only for a short period of time.

Their brain volume is slightly larger than modern humans.

The short term for Homo Neander-thalensis is “Neanderthals”.

They were first found in Germany but they also lived in Africa, Asia, and Europe.

For over 10,000 years, Neanderthals lived with modern humans. Neanderthals existed 500-25 thousand years ago.

They were short, strong, and skilled at making tools. They were good at working together because they surrounded animals when they hunted.

Homo sapiens were known for their artistic talents in cave paintings and clay work.

They made hooks and spears to catch fish and invented the spear thrower. Thus, it made them better hunters because they could hunt from a distance.

About 160-40 thousand years ago, the “doubly wise man” was the recent form of modern humans “homo sapiens sapiens”.

Since about 4 million years ago, humans have evolved from early hominids to modern humans. Here are 14 species examples from human evolution now extinct.

Apes remained in trees for their primary food source. Eventually, grass began to spread in places like the African Savannah. Because there were fewer trees, this forced apes to walk to new food sources.

With their heads above the grass to see predators, apes evolved by walking on two legs. It also helped to have their hands available when they were traveling. So here we are at this point in human evolution.

Do you want to learn more about our biological history through evolution? Get certified with these courses and see if a career in biology is for you:

Or do you have any general questions about the theory of evolution? Please send us your comments and questions below. 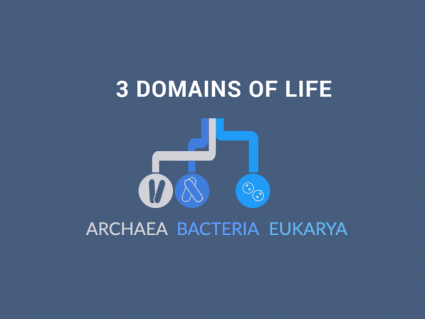 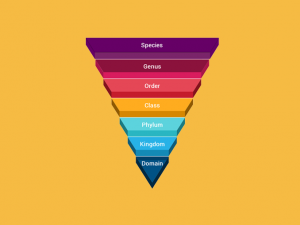