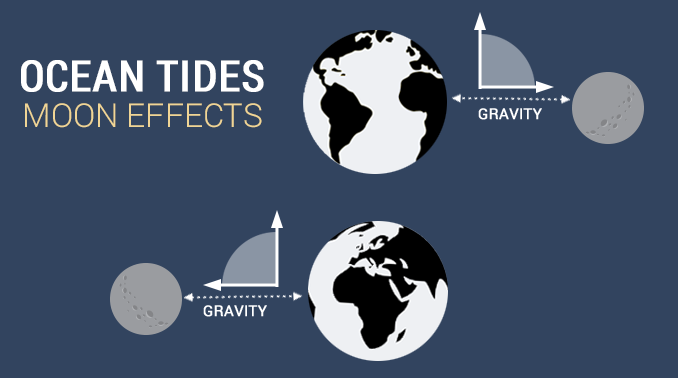 But what causes tides? And why are there low and high tides?

The effects of the moon on ocean tides 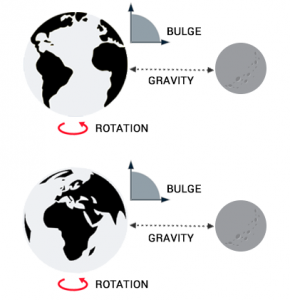 The main reason that causes ocean tides is from the gravitational attraction between the moon and Earth:

As the Earth rotates, the bulge shifts to the side facing the moon. But because oceans hold a set amount of water, water levels rise in one area and drop in another area. This is when there are high and low ocean tides.

Our enormous sun, which holds 99.9% of the total mass of the solar system, has an effect on the ocean tides as well. But it’s not as strong as the moon because the sun is farther in distance.